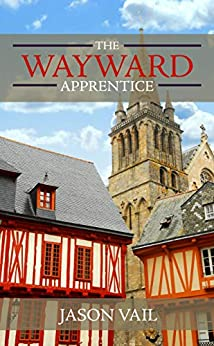 Stephen Attebrook, a crippled knight facing poverty and ruin, seems condemned to a quiet life when he takes a position as deputy coroner in the small medieval town of Ludlow. But instead, he plunges into a web of murder, espionage and intrigue.A death Attebrook rules an accidental drowning turns out to be a murder, and he must find the killer with little evidence pointing the way.Then a commission to return a runaway apprentice pitches him into the midst of a conflict between a rebellious earl and King Henry III that is about to erupt into civil war.Caught up in the twilight struggle among spies readying for war, Attebrook races to defend the apprentice against a charge of murder while dodging killers in the employ of one of the factions.Thirteenth century England has never been brought more vividly to life than in the pages of The Wayward Apprentice.