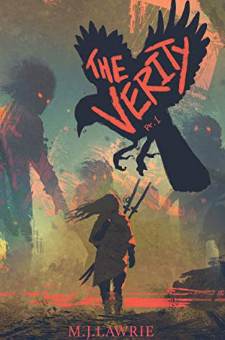 Told when to eat, sleep, kill or die.
But she will never be told who to love.

Humans have all but destroyed the planet. What’s left of humanity lives in a walled town meant to keep out the dark creatures that now roam the wastelands of earth.
Dark creatures that were once humans themselves.

Food and water are scarce within the walls. Children are taken and raised as soldiers to fight the monsters that hunt humanity.
For seventeen years, Scarlett has lived as just such a soldier. Along with her group of misfit friends, she loves exploring the lost world beyond the wall and fighting for humanity’s freedom.
Everything changes when their leader, Noah, decides to claim a bride. Noah has only ever had eyes for Scarlett and now her entire world hangs in the balance.
Her heart belongs to another, but Noah refuses to take no for an answer.
Scarlett must make an impossible choice to save the man she loves from a fate worse than death.
A choice that leads her to a terrifying truth.
That in this post-apocalyptic dystopia, humanity’s fight for survival has only just begun.
The threat is not beyond the wall.
And being eaten alive is the least of their problems…