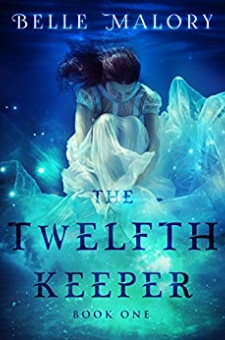 Space Academy with Elemental Guardians...When sixteen-year-old Kennedy Mitchell is proclaimed the world’s twelfth keeper, she thinks it’s a cruel joke. She’s no warrior. She isn’t wise beyond her years, or more importantly, capable of keeping Earth safe.Except...no one will listen. Since all evidence says otherwise, the job is hers whether she likes it or not.During the highly demanding training regime that follows, Kennedy struggles to fit in with Earth’s renowned protectors. Especially Phoenix Jorgensen, who openly despises her. Problem is, he may be the only one she can trust. The keepers have big secrets surrounding them. Secrets Kennedy isn’t comfortable knowing. With Phoenix’s help, she’ll have to find a way out.Either that or die trying.YA Sci-Fi Fantasy Romance ????? BOOKS IN THIS SERIES:The Twelfth KeeperCenter of the UniverseOcean of StarsInfinite NightElectric Skies