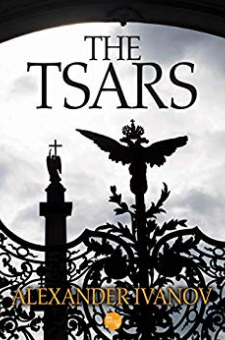 The tsars of Russia reigned as absolute monarchs long past the time when the authority of other sovereigns had been curtailed. Here, historian Alexander Ivanov reveals their fears and betrayals, privilege and debauchery, conspiracies and rivalries, love and tragedy as they forged Russia into one of the world's greatest empires.No ruler in history has embodied the oppressive domination of these rulers more vividly than Alexander Ivanov's opening subject, Tsar Ivan IV, the first of all the Russian tsars, known to history as Ivan the Terrible. Although a gifted ruler who did much to unite and improve the conditions in his primitive country, Ivan was also a notorious sadist who delighted in torturing and murdering anyone who displeased him.Ivan's death in 1584 ushered in the Time of Troubles, thirty-five years of famine, plague, and war that crippled the nation. A series of rulers attempted to cope with the devastation, beginning with Ivan's successor Boris Godunov. Finally, grasping for stability, Russia's nobles begged young Michael Romanov, the great-nephew of Ivan's beloved wife Anastasia, to take the throne. Michael successfully united the war-torn and ravaged nation and founded a dynasty that would rule for 300 years.The Romanov line produced Russia's most brilliant yet most unconventional sovereign: Peter the Great, a towering figure of a man whose restless, creative mind led him on an inexorable quest to modernize and civilize the still backward nation. The reforms he enacted so enraged nobles and peasants alike that Peter had to quash a series of rebellions to keep his crown. Ruthlessly stifling dissent and massacring rebels, he ultimately cowed the Russian people into submission, achieving a legacy that nearly equaled his ambitions.It was left to a woman - and a foreigner, at that - to lead the nation further out of the darkness. German princess Sophie Friederike Auguste of Anhalt-Zerbst, known to the world as Catherine the Great, absorbed the principles of the eighteenth-century Enlightenment and applied them to a country built on the backs of millions of serfs. However ineffective some of her policies, in the end, she made Russia a major player on the European stage.Serfdom was finally abolished in the nineteenth century, but it would be decades before Russian peasants could own land of their own and learn to farm it productively. The boyars and tsars clung to power until the Bolshevik revolution of 1917. The sad fate of the last tsar, Nicholas II, and his family, marked the end of the absolute power that Ivan the Terrible had so exploited. The abuses would continue but under a new and drastically different form of government.