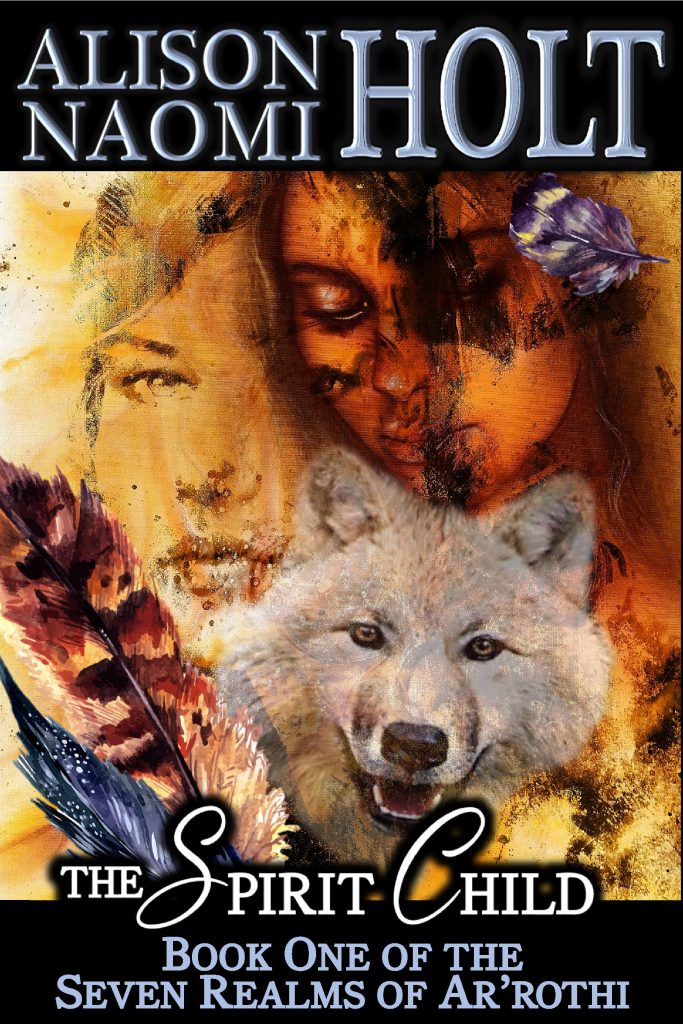 Blending the lyrical and mystical with pulse-pounding action

Aurelia “Bree” Makena, Duchess of Danforth, doesn't believe in the Teivaiedin, dark creatures that exist only in the realm of fairytales.

But the Spirit Child. That’s another story.

The Teivaiedin want her dead.

You are invited to enter the world of Ar’rothi, a fantasy world as vividly realized as Narnia or Middle Earth, where animal Spirit Guides play vital roles in the lives of the inhabitants of the kingdom of Anacafria.

"The Spirit Child is the first book in a powerful and moving new fantasy series by Alison Naomi Holt that will appeal to fans of Anne McCaffrey and Mercedes Lackey, one that blends the lyrical and mystical with pulse-pounding action."