The Secret of Kolney Hatch 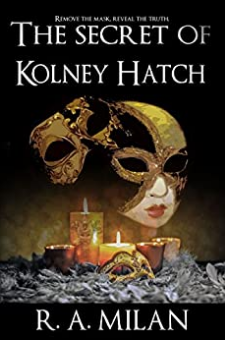 Danger. Greed. Lust. Murder. Lies. Set in one of the most alluring time periods in history, the 1920s, The Secret of Kolney Hatch tantalizes readers until the very last page. Paul Watson has longed for peace of mind ever since his mother was shot dead in Green Park, her murderer never found. Six years later, when London police find Louisa Stilwell’s bloody body near the Thames, they discover her murderer used the same rare pistol that killed Paul's mother. To escape the horrifying memory of his mother's death and finally put the past behind him, Paul leaves London to become the resident physician of Kolney Hatch Lunatic Asylum. Meanwhile, Petunia Pennyworth, Paul's gossip neighbor, takes an interest in Louisa’s murder and turns detective to uncover the details. As she comes across the disturbing reality of the murder, she realizes her life will never be the same. At Kolney Hatch, Paul’s grip on reality wanes as he realizes his only refuge has become his worst nightmare. Will Paul ever escape the deadly clutches of Kolney Hatch? And if he does, what will he face when he returns to London?Find out in book one of this fast-paced suspense-filled mystery series.