The Science of Women in Horror 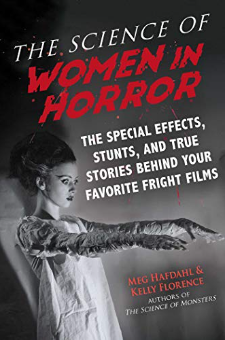 From scream queens to femmes fatale, horror isn’t just for the boys.   Gothic media moguls Meg Hafdahl and Kelly Florence, authors of The Science of Monsters, and co-hosts of the Horror Rewind podcast called “the best horror film podcast out there” by Film Daddy, present a guide to the feminist horror movies, TV shows, and characters we all know and love.   Through interviews, film analysis, and bone-chilling discoveries, The Science of Women in Horror uncovers the theories behind women’s most iconic roles of the genre. Explore age-old tropes such as “The Innocent” like Lydia in Beetlejuice, “The Gorgon” like Pamela Voorhees in Friday the 13th, and “The Mother” like Norma Bates in Pyscho and Bates Motel, and delve deeper into female-forward film and TV including: The Haunting of Hill HouseTeethChilling Adventures of SabrinaBuffy the Vampire SlayerAnd so much more! Join Kelly and Meg in The Science of Women in Horror as they flip the script and prove that every girl is a “final girl.”