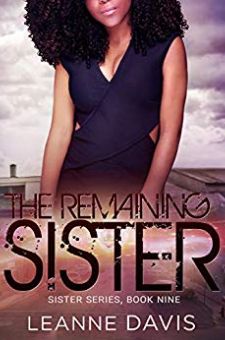 Chloe Carrington believed for over three years that her identical twin sister, Ebony, ran away from her husband and son to find a new life. That is until her dead body is discovered. With no trail, no witnesses, and no clues, discovering the identity of the murderer is a difficult task. Chloe is left grieving once again for a sister who will never return. In her grief, she finds solace in the last person she ever expects to: Chet Willapana. She knows next to nothing about him. Yet he’s the only one who can help her survive the clashing emotions that threaten to destroy her.Faced with Chloe’s mental devastation, Chet tries to help her in every way he can, although not in the ways Chloe expects. He was quiet about it for years, and now? He’s done pretending. She soon discovers he isn’t anything like she once believed. He might, in fact, be everything she is missing in her life.But Ebony’s murderer soon makes his presence known once again. For Chet and Chloe, fear, grief, and need forge a strong connection, one that takes both of them by surprise. Events eventually draw Ebony’s killer out, along with their undeniable feelings for each other. But in order to survive, they first have to discover who killed her sister and why. Fearing Chloe’s safety, because she is the only remaining connection to a dead woman, the man who already murdered her sister is now back to finish the job. This time, once and for all.***PLEASE be warned that all my titles contain profanity, sex, mature content matter and often mild violence. Recommended for mature audiences ONLY***No cliffhangersRecommended Reading Order for The Sister Series:The Other SisterThe Years Between (Jessie & Will)The Good SisterThe Best FriendThe Wrong Sister The Years AfterThe Broken SisterThe Perfect SisterThe Lost SisterThe Remaining Sister