The Red Cliffs of Zerhoun 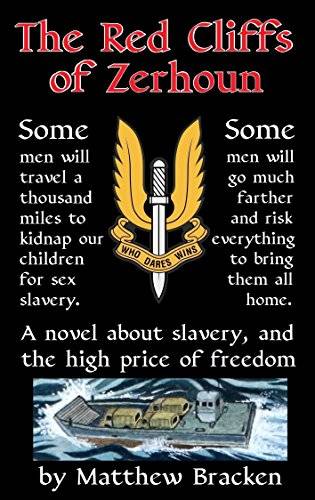 The further adventures of Dan Kilmer, taking place a few years after Castigo Cay. Dan is a former Marine sniper in his late thirties. Fifteen years earlier, he returned home from military service in the Middle East and gave college a try, but his combat experiences prevented him from fitting into campus life. In a South Florida boatyard, his uncle was attempting to refurbish an old cargo schooner, and Dan left college to help him finish the flagging project. After two years of work but before the sixty-foot boat was relaunched, his uncle fell from a scaffold and died. While still in his mid-twenties, Dan inherited the schooner Rebel Yell, but not the means to maintain it or afford the cruising lifestyle. Soon after, he left the United States to embark on a series of voyages, mostly in pursuit of beautiful women and good times. **** In The Red Cliffs of Zerhoun, Dan's trading schooner is located in southwest Ireland, where he is attempting to sell drums of diesel fuel salvaged from an abandoned NATO base in Greenland. The global financial system has collapsed, and both paper and digital currency have no value, but diesel fuel and gold still do. **** While waiting to sell his remaining thirty barrels, Dan is approached by a retired SAS colonel and asked to carry a dozen former special operations commandos to the Canary Islands, where they will be transported by a landing craft to Morocco to conduct a rescue operation. Two months before, nearly seventy Irish and English girls had been kidnapped by sea-jihad pirates from their elite Irish boarding academy and taken to Port Zerhoun, which is under the control of a cartel of modern corsairs. There, they will be sold at auction as sex slaves, unless a ragtag team of former commandos can get them out in time.