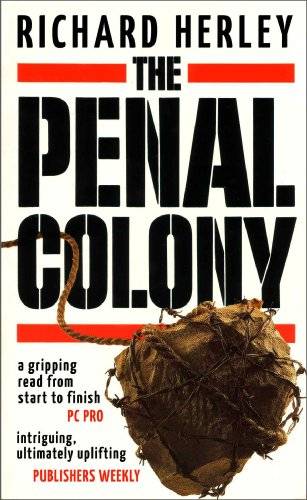 The future. The British government now runs island prison colonies to take dangerous offenders from its overcrowded mainland jails. Among all these colonies, Sert, 25 miles off the north Cornish coast, has the worst reputation. There are no warders. Satellite technology is used to keep the convicts under watch. New arrivals are dumped by helicopter and must learn to survive as best they can. To Sert, one afternoon in July, is brought Anthony John Routledge, sentenced for a sex-murder he did not commit. Routledge knows he is here for ever. And he knows he must quickly forget the rules of civilized life. But not all the islanders are savages. Under the charismatic leadership of one man a community has evolved. A community with harsh and unyielding rules, peopled by resourceful men for whom the hopeless dream of escape may not be so hopeless after all... 'Normally I shun such reviewer clichés as "a real page-turner", "leaves you breathless", "can't put it down", considering them to be empty substitutes for critical thought. Well, there's always an exception: I've weighed those phrases carefully, and I believe that each of them accurately applies to a new novel, The Penal Colony by Richard Herley.' -- Roger Miller, Milwaukee Journal 'intriguing, ultimately uplifting... this fast-moving, intelligent thriller goes into top gear.' -- Publishers' Weekly