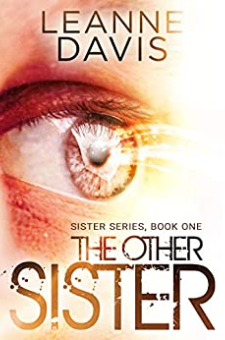 He rescued her from hell. Now? She has to find a way to live with it.General Travis Bains has two daughters, one who is good, and one who is bad. Everyone knows Lindsey is the good one, and Jessie is the bad one.Jessie Bains is the other sister, the bad sister, which she has proven more often than not, until the day she gets kidnapped and brutally raped. Will Hendricks, one of her father's soldiers, rescues her and brings her home, but fears she may be nearly destroyed by what is done to her. The most important thing, however, is that no one can know, per the general's orders.Jessie's life was always far from normal as the daughter of one of the most revered generals in the world. No one sees what the general does to Jessie, except Will. When Will discovers the danger Jessie is living in at her father's hand, he once again rescues her. Will has survived the horrors of war, but is now engaged in a battle that has become far more personal and far more deadly. Will alone realizes what the general has done and will do to destroy his "other" daughter.** #1 Bestselling New Adult Romance** #1 Top Rated Women's Psychological Fiction** Top 120 Overall Books on Amazon *****Warning: This book contains profanity, sex, mature content matter and mild violence. For mature audiences ONLY*** No cliffhangersRecommended Reading Order for The Sister Series:The Other SisterThe Years Between (Jessie & Will) The Good Sister The Best Friend The Wrong Sister The Years AfterThe Broken SisterThe Perfect SisterThe Lost SisterThe Remaining SisterThe Step Sister