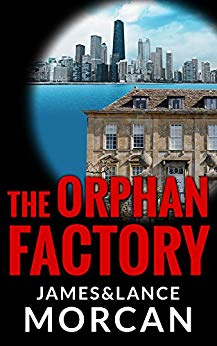 An epic, atmospheric story that begins with twenty three genetically superior orphans being groomed to become elite spies in Chicago's Pedemont Orphanage and concludes with a political assassination deep in the Amazon jungle.The Orphan Factory, a coming-of-age spy thriller novel, is book two in The Orphan Trilogy and a prequel to The Ninth Orphan. Go on another frenetic journey with the ninth-born orphan as he busts out of the clandestine orphanage he knew as home and goes on the run across America.In the late 1970's, in Chicago, Illinois, the secretive Omega Agency initiates the Pedemont Project - a radical experiment utilizing genetic engineering technologies - to create twenty three orphan babies with the plan to turn them into the world's most effective assassins. One of the prodigies will rebel: meet Number Nine, an orphan with a mind of his own.In 1998, when Nine reaches adulthood and graduates with honors from the Pedemont Orphanage, he is already an adept of the deadly espionage arts. Ordered by his Omega masters to assassinate a survivor of the Jonestown tragedy in Guyana's Amazon rainforest, Nine is forced to draw upon all of his advanced training just to stay alive.Written by father-and-son writing team Lance & James Morcan (authors of The Ninth Orphan and The World Duology), The Orphan Factory is the second book in The Orphan Trilogy. A feature film adaptation of The Ninth Orphan is also currently being developed.