The Order of the Golden Dragon 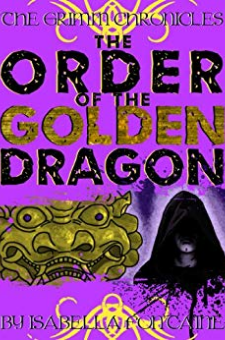 Book 6 of the award-winning Young Adult adventure!Three dead Corrupted. Three mysterious golden coins. What is their purpose? Alice must find out, and in order to do so, she will need to use all of the skills she's learned so far. She cannot fail. Failure means a fate worse than death.Agnim the Mage haunts her dreams, using his terrible black magic to plague Alice with nightmares. Once a character in the Grimms' fairy tales, his magical powers have stronger and stronger the more Corrupted he has become. He has foreseen a cataclysmic event that could mean the end of the world, and only the hero stands in his way. But in order to stop him, Alice will have to find him. And soon. Before Agnim steals her sanity and destroys her mind. Agnim knows her weakness. He knows her fears. He controls her dreams. He is the most dangerous Corrupted Alice has ever faced. There is no guarantee she can defeat him.In these trying times, only one thing is certain:The Golden Dragon will awaken.This book also contains the following Grimms' Fairy Tales:- The Thief and His Master- The Golden Goose- The Mouse, the Bird and the Sausage