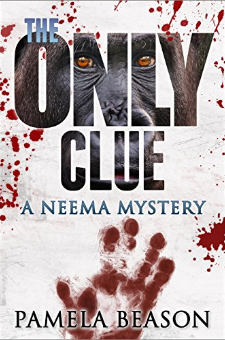 Gorillas that communicate in sign language aren’t exactly commonplace, so when Dr. Grace McKenna reluctantly hosts the first open house at her research center, half the town of Evansburg, Washington shows up to gawk. The next morning, Grace discovers that her worst nightmare has come true. All three apes—Gumu, Neema, and baby Kanoni—have vanished, leaving behind only one clue: a huge pool of blood.Grace is frantic. She hopes the apes have simply escaped into the nearby forests. If the press learns of her gorillas’ disappearance, the county will revoke her permit to keep the apes.Detective Matthew Finn is sure that a criminal is at work. He risks his job for Grace by agreeing to keep the disappearance secret while doing his best to solve the crime. Has the maniac who murdered Grace’s first gorilla returned? Have Grace’s trusted staff members, who belong to the controversial Animal Rights Union, ‘liberated’ the apes? Or have exotic animal dealers stolen the valuable gorillas to sell on the illegal wildlife market?The character of Neema, the fictional signing gorilla in this series, is based largely on everything the author has read about Koko, the real signing gorilla, and studies of chimpanzees who have learned sign language.