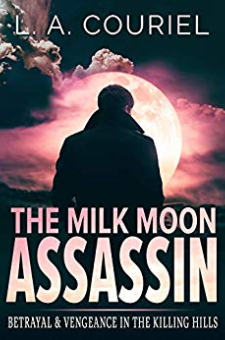 The past has come to haunt him.Only a May full moon remains to compensate for his losses.Now, it's time for revenge. In January 1948, an entire Israeli platoon of thirty-five men mysteriously perished in battle near Jerusalem. Not a single survivor was left to tell their heroic story.Moshe was just fourteen years old at the time. The young boy, armed with nothing but his camera, took one last picture as they headed for battle. Thirty-seven years later, the photograph that had been lost in the turmoil of war, reappears to haunt his life.Moshe, who is now a skilled Mossad assassin, is executing his private, unauthorized, and cold-blooded plan for revenge.In the Milk Moon Assassin’s world the rules of competition for manhood, war, and vengeance are crystal clear. Those of love triangles and complex family affairs, however, remain obscure.Through psychological scrutiny into the depths of his own tortured soul, he realizes that everything he knows is about to change…