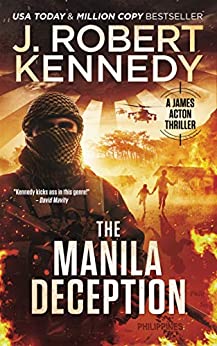 AN ENTIRE VILLAGE WAS MASSACRED TO KEEP THEIR SECRET.
AND THAT WAS JUST THE BEGINNING.

Near the end of World War II, a massive amount of looted gold and other priceless items was transported by the Japanese from Singapore to the Philippines and into the hands of General Tomoyuki Yamashita, the Military Governor.

It was never seen again.

And today, a young man runs into trouble with the Yakuza, a ruthless Japanese crime syndicate, and turns to his great-grandfather for help. Too poor to save him, he gives him the only thing of value he has.

The truth of what happened during the Japanese retreat in the face of General MacArthur’s onslaught.

But what the elderly man doesn’t know is there was one other person who knew the secret as well, the horrifying truth revealed on his deathbed to an archaeologist who has been seeking the lost treasure ever since.

And thanks to recently declassified satellite imagery, Acton might have found the final clue that leads them to the missing treasure.

Award winning and USA Today bestselling author J. Robert Kennedy once again mixes history with today’s headlines in The Manila Deception, an action-packed international thriller sure to leave you burning through the pages late into the night. If you enjoy fast-paced adventures in the style of Dan Brown, Clive Cussler, and James Rollins, then you’ll love this thrilling tale of archaeological intrigue.

Get your copy of The Manila Deception today, and discover the horrifying price paid to hide the missing Japanese gold, and the terrors yet to be unleashed as the innocent and the corrupt collide…

About the James Acton Thrillers:
★★★★★ "James Acton: A little bit of Jack Bauer and Indiana Jones!"

Though this book is part of the James Acton Thrillers series, it is written as a standalone novel and can be enjoyed without having read any other installments.

The James Acton Thrillers series and its spin-offs, the Special Agent Dylan Kane Thrillers and the Delta Force Unleashed Thrillers, have sold over one million copies. If you love non-stop action and intrigue with a healthy dose of humor, try James Acton today!

★★★★★ “A great blend of history and current headlines.”