The Magus of Hay 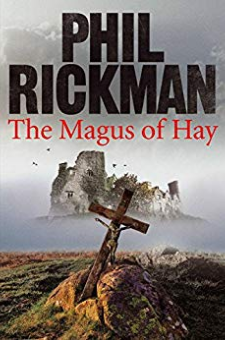 When a man's body is discovered in the picturesque town of Hay-on-Wye, his death appears to be "unnatural" in every sense. Merrily Watkins, parish priest, single mother, and exorcist, is drafted in to investigate, in this 12th installmentA man's body is found below a waterfall. It looks like suicide or an accidental drowning—until DI Frannie Bliss enters the dead man's home. What he finds there sends him to Merrily Watkins, the Diocese of Hereford's official advisor on the paranormal. It's been nearly 40 years since Hay was declared an independent state by its self-styled king—a development seen at the time as a joke, a publicity scam. But behind this pastiche a dark design was taking shape, creating a hidden history of murder and ritual-magic, the relics of which are only now becoming horribly visible. It's a situation that will take Merrily Watkins—alone for the first time in years—to the edge of madness.