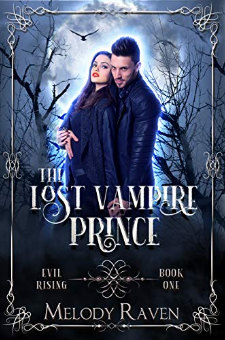 "I was wherever I want to be." She tried to move past him to unlock her door, but he stood stubbornly in her way. At the moment, she really wished she had her gun. "I've only known you for one day, and yet I'm already very sick of you. Now move," she ordered, trying to muster up as much authority in her tone as possible.She wasn't surprised when he didn't budge. Instead of making some futile effort to move him, she wrangled her hand around his back and tried to locate the keyhole. This pressed her front directly into his, and the strangest sensation hit her torso.In surprise, she lifted her free hand to his chest. Warm solid muscle pressed against her. There was also a steady heartbeat. "You're not dead?"He shot her a cocky grin. "You have no idea how alive I am." ~~~~~~~~~Nicolas is the embodiment of royalty. Strong. Powerful. Deadly. The only thing he's missing is his throne.Decades ago a vampire mutiny murdered his father and forced him into hiding, but all that is about to change. A mortal woman smart enough to learn the truth about him and naive enough to trust him is the perfect pawn to sneak him back into the monarchy.Nothing is going to stop Nicolas from getting what is rightfully his. Not lust. Not love. And not Anna. At least that's what he thinks.