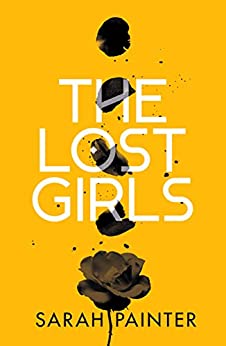 A girl with a morbid gift. A demon hunter on the run. A secret that could destroy them both

Rose MacLeod has been losing time for as long as she can remember. Weeks disappear, leaving terrifying gaps in her memory. Waking nightmares of violence and death haunt her days. Young women are being killed and somehow Rose has a ringside seat. All she wants to do is focus on her studies, until a fatal encounter with a handsome stranger destroys any chance of a normal life.

Mal Fergusson was raised to hunt demons in the cities and mountains of Scotland. With his father dead and his brother in a coma, he no longer believes in the grand battle between good and evil. Instead, he scrapes a living as an investigator and occasional hitman for the supernatural Mafia of Edinburgh. He tells himself that as long as he doesn’t kill humans, he isn't truly lost.

Tensions are rising in Scotland’s capital and Mal is sent on a mission to capture Rose for his demonic boss – but is he really willing to harm an innocent?

When he discovers that there is more to Rose than meets the eye, they must solve the puzzle of her impossible life before it's too late... or more girls will die.

The Lost Girls is a dark and twisty supernatural thriller, perfect for fans of Ben Aaronovitch and Neil Gaiman.

'A thrilling tale that compelled me throughout. A perfect read for all of Sarah's fans old and new, but also for fans of Helen Slavin, Anna McKerrow, Neil Gaiman, Ben Aaronovitch and Laura Laakso.'
LisaReadsBooks