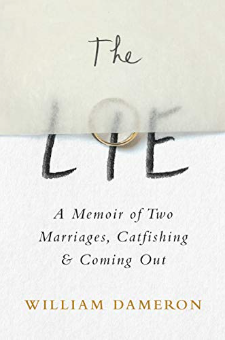 A candid memoir of denial, stolen identities, betrayal, faking it, and coming out.Do you know me?, the email began, sparking tremors of fear that turned into a full quake of panic when William Dameron discovered that his selfie had been stolen by strangers. On social networks and dating sites, his image and identity—a forty-year-old straight white male—had been used to hook countless women into believing in lies of love and romance. Was it all an ironic cosmic joke? Almost a decade prior, William himself had been living a lie that had lasted for more than twenty years. His secret? He was a gay man, a fact he hid from his wife and two daughters for almost as long as he had hidden it from himself.In this emotional and unflinchingly honest memoir of coming out of the closet late in life, owning up to the past, and facing the future, William Dameron confronts steroid addiction, the shame and homophobia of his childhood, the sledgehammer of secrets that slowly tore his marriage apart, and his love for a gay father of three that would once again challenge the boundaries of trust. At the true heart of The Lie is a universal story about turning self-doubt into self-acceptance and about pain, anger, and the long journey of both seeking and giving forgiveness.