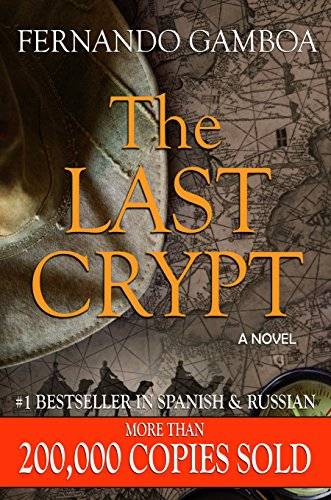 - MORE THAN 200,000 COPIES SOLD - #1 Bestseller in Spanish, Italian & Russian - The Best-selling fiction novel of all time on Amazon Spain - "Best Action & Adventure novel for Kindle" According Amazon Spain «I could not stop reading it!.» «I understand why this novel has been so successful.» «An impressive and surprising ending, which gives you goosebumps.» «You can´t stop reading. It's great, spectacular & lots of fun.» «It is one of the best novels I've read in a while.» «The truth is that I did not imagine this book could make me enjoy as much as it has.» «A stunning setting, believable characters, a great story and an unexpected ending.» «Amazing!!!» Diver Ulysses Vidal finds a fourteenth-century bronze bell of Templar origin buried under a reef off the Honduras coast. It turns out it's been lying there for more than one century, prior to Christopher Columbus's discovery of America. Driven by curiosity and a sense of adventure, he begins the search for the legendary treasure of the Order of The Temple. Together with a medieval history professor and a daring Mexican archeologist they travel through Spain, the Mali desert, the Caribbean Sea and the Mexican jungle. They face innumerable riddles and dangers, but in the end this search will uncover a much more important mystery. A secret, kept hidden for centuries, which could transform the history of humankind, and the way we understand the universe. Fernando Gamboa (Barcelona, Spain, 1970) has devoted most of his adult life to traveling through Africa, Asia and Latin America. He has lived in several countries and worked as a scuba diver, Spanish teacher, entrepreneur, poker player and adventure guide. At present, he's the #1 bestseller indie author in Spain. His books have been translated into Russian, Greek and Italian"