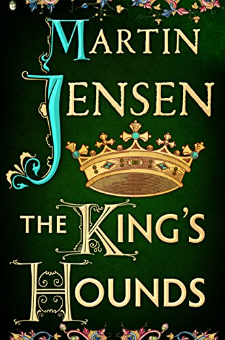 The first in the bestselling Danish series of historical mysteriesThe newly crowned King Cnut of Denmark has conquered England and rules his new empire from Oxford. The year is 1018 and the war is finally over, but the unified kingdom is far from peaceful. Halfdan’s mixed lineage—half Danish, half Saxon—has made him a pauper in the new kingdom. His father, his brother, and the land he should have inherited were all taken by the new king’s men. He lost everything to the war but his sense of humor. Once a proud nobleman, Halfdan now wanders the country aimlessly, powered only by his considerable charm and some petty theft. When he finds an unlikely ally in Winston, a former monk, he sees no reason not to accept his strange invitation to travel together to Oxford. Winston has been commissioned to paint a portrait of the king at the invitation of his new wife, and the protection of a clever man like Halfdan is well worth its price in wine and bread. But when the pair’s arrival in court coincides with news of a murder, the king has a brilliant idea: Why not enlist the newly arrived womanizing half-Dane and the Saxon intellectual to defuse a politically explosive situation? The pair represents both sides of the conflict and seem to have crime-solving skills to boot. In their search for the killer, Halfdan and Winston find seduction, adventure, and scandal in the wild early days of Cnut’s rule.