The Key To Kristina 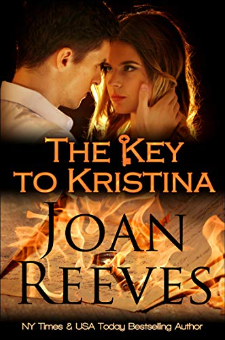 Her father never gave her anything but a hard time—until he died and left Kristina a key. But a key to what?A suspicious death. An inheritance. A mysterious ally. A shifty lawyer. A mystery. A key and a clue. A romance. A Quest that may be the adventure of a lifetime. None of that is what Kristina Rivera expects when she arrives for her appointment with a Houston lawyer. She thinks she's there to gather her father's possessions because he's probably been sent to jail again.Instead, she meets Wyatt Morgan who’s also there at the lawyer’s request. She’s stunned when Morgan introduces himself as the Executor of her father’s estate. Shocked by this revelation, Kristina is grief-stricken, confused, and angry. Her father didn't have two nickels to rub together. Why would he write a will? Life has taught Kristina to initially distrust everyone and every situation, and this situation is beyond her comprehension. With the aid of Wyatt Morgan, a man whose business seems to be fighting lost causes, Kristina undertakes The Quest, designed by her father, to find his hidden treasure. More than her legacy will be revealed, and danger stalks her every mile of her journey as she tries to discover what The Key To Kristina means.