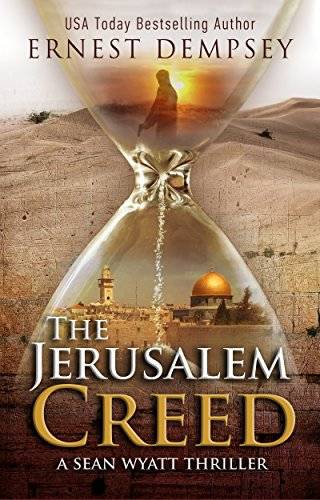 Could you sacrifice the lives of millions to save your daughter? When an archaeologist's daughter is abducted, he must help them find a powerful ancient relic to save her life but at the cost of millions of lives. Or is there another option? Enter Sean Wyatt. Thousands of years ago, Babylonian armies invaded Jerusalem. They ripped through the city, leaving a swath of destruction in their wake and taking almost everything Israel held sacred. Almost. Under the cover of darkness, the high priest dispatched two of his most trusted friends to the far reaches of the empire and beyond to hide three of their most powerful relics. But now the relics are being sought by a modern evil. Sean Wyatt and his band of part-time heroes are thrown into a global conspiracy that could mean the end of civilization as we know it. Race from Tennessee to England, Scotland, Bhutan, and Iran with Sean and his sidekick Tommy Schultz as they unravel ancient clues, fight their way through assassination attempts, and takes on a band of terrorists who are plotting their own kind of world war. Will Sean be able to track down the ancient relics before the terrorists? Will he save the archaeologist's daughter? Or will the killers recover one of the ancient world's most powerful and mysterious combination of artifacts? There's only one way to find out. The Sean Wyatt Series contains some of the best adventure fiction Kindle Unlimited has to offer. Dive in and see why Ernest Dempsey writes some of the top adventure fiction books around.