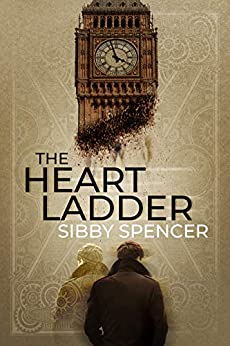 The Heart Ladder is a powerhouse psychological thriller, praised for its taut characterisation, unique delivery, and a genre-bending twist ending that will leave readers breathless.As the war in Vietnam stutters to a close, a heavily pregnant Faith flees America for a new life in England. Leaving behind everything she knew, including the mystery of what happened to the father of her unborn child after he went missing behind enemy lines. Three decades on and her son, thirty-something slacker Dan, knows he's wasting his life in pubs, nightclubs, and his dead-end job. That all changes, though, when a man with storied eyes and an old army jacket introduces himself as the father Dan never had a chance to know.But is Jacob, a battered and broken war veteran, really who he claims to be?As he and Dan kindle their relationship, more and more comes under question; including Jacob's true purpose in seeking Dan out, the unanswered mysteries of his past, and the pivotal role he'll play in Dan's uncertain future. Soon, Dan comes to understand that his life is very far from meaningless - and that the choices he's being forced to make might have deadly and irredeemable consequences."The Heart Ladder is a great read! I felt so invested in the characters and the storyline keeps you guessing right up until the end. Sibby Spencer gives an excellent portrayal of life in the early noughties and the twist is something you won't guess in a million years!" - Martyn Williams, BBC Radio Derby. Read more