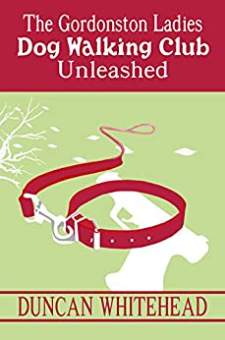 The thrilling sequel to the bestselling and award winning novel, The Gordonston Ladies Dog Walking Club.             Four months after the disappearance of Tom Hudd from a leafy Savannah neighborhood, the members of an afternoon cocktail and dog walking club ponder his whereabouts; despite one of them knowing his true fate. Recently elected mayor Elliot Miller has new agendas, and just where is Doug Partridge? An old man's death bed memories recall his ultimate revenge, while Savannah Detective Jeff Morgan has been assigned to two missing person's cases and a years old murder that he believes already solved.   Once again, though, a killer lurks and even more secrets unfold, as does an ever expanding web of deceit and lies. Who will die and who will live to see out the conclusion to a story of revenge, twists and murder? As before, the plot thickens, and the residents of Gordonston, all with deep hidden agendas, resume their plotting and desire for revenge and retribution; twists and turns lead the reader once again to a conclusion, and another sucker punch ending that will leave them breathless.