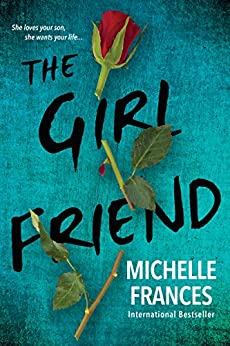 A mother. A son. His girlfriend. And the lie they’ll wish had never been told.

Laura has it all. A successful career, a long marriage to a rich husband, and a twenty-three-year-old son, Daniel, who is kind, handsome, and talented. Then Daniel meets Cherry. Cherry is young, beautiful, and smart but hasn’t led Laura’s golden life. And she wants it.

When tragedy strikes, a decision is made and a lie is told. A lie so terrible it changes their lives forever…

The Girlfriend is a taut and wickedly twisted debut psychological thriller—a novel of subtle sabotage, retaliation, jealousy and fear, which pivots on an unforgivable lie, and examines the mother–son–daughter-in-law relationship in a chilling new light.

“One of the best books I’ve read in a long, long time.  I loved The Girlfriend!”
—Lisa Jackson, New York Times bestselling author

“A juicy thriller and utterly compulsive reading.”
—Jenny Blackhurst, author of How I Lost You

“An original and chilling portrayal of twisted relationships.”
—Debbie Howells, author of The Bones of You