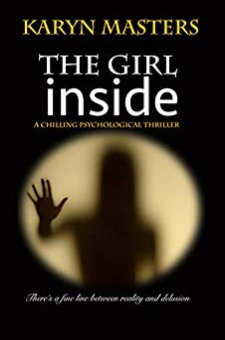 Greta Kavanagh has an exciting career as an interior designer for some of the most spectacular plantations in Louisiana. Her husband, Jax, owns an established psychiatry practice. Happily married and successful, you could say they have a bright future ahead of them. Of course, some things aren't always as they appear. Jax has a patient, Evangeline, who is obsessed with him. She can't decide whether she wants to love him, kill him, or destroy his life.Evangeline has a tumultuous personality. She is unpredictable and only has one thing on her mind, abolishing anything that threatens her happiness. As Jax's patient, she does more than confide in him, she falls under his spell, and they have secrets they'll do anything to protect. Is there more than meets the eye between doctor and patient? Is Jax living a lie?This psychological thriller, with its numerous twists and turns, raises constant questions throughout the story, such as: Who is this mysterious woman? Where did she come from? Is she dangerous? How is she tied to Jax? Is Greta a pawn in their game, or is she the queen?