The Forging of a Rebel 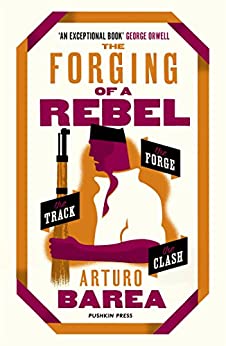 An astonishing trilogy of books, collected in one volume, documenting the tumultuous first half of the 20th century in Spain

The Forging of a Rebel is an unsurpassed account of Spanish history and society from early in the twentieth century through the cataclysmic events of the Spanish Civil War.

Arturo Barea's masterpiece charts the author's coming-of-age in a bruised and starkly unequal Spain. These three volumes recount in lively detail Barea's daily experience of his country as it pitched toward disaster: we are taken from his youthful play and rebellion on the streets of Madrid, to his apprenticeship in the business world and to the horrors he witnessed as part of the Spanish army in Morocco during the Rif War. The trilogy culminates in an indelible portrait of the Republican fight against Fascist forces in which the Madrid of Barea's childhood becomes a shell and bullet-strewn warzone.

Combining historical sweep and authority with poignant characterization and novelistic detail, The Forging of a Rebel is a towering literary and historical achievement.