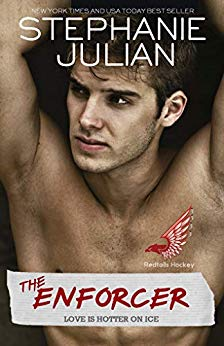 He's used to making an impression but it’s not always a good one...Veteran player Will MacDonald is a tough guy who’s not afraid to drop his gloves in defense of his teammates. But he’s never met a woman who's made his heart pound as hard as a good fight. Until a chance collision with a curvy brunette who dismisses him makes him want more than she’s willing to give.She's not used to being distracted by a hot hockey hunk...Jess Gardiner has been around hockey all her life. Her dad taught her everything he knows about the game as an NHL scout, and she believes Will is just what the young Redtails team needs. He brings grit and determination and stability. He's just not what she needs in her life, even if he is huge, hot and hard-bodied. Will is used to fighting for what he wants but winning Jess's heart might be the toughest battle of his life.