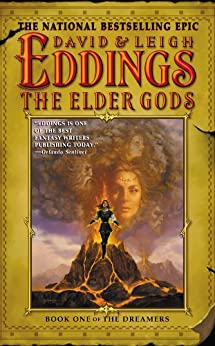 Richly imaginative, this fantasy will take you to the brink of the end of the world as gods fight demons and monsters for the right to rule -- and their lives. While most continents float freely on the face of Mother Sea, the Land of Dhrall survives anchored by the will of the Gods. All Gods, Elder and Younger, share the people and the land of Dhrall equally. But the one place they never enter is The Wasteland: a barren and hideous wilderness ruled by the Vlagh -- a god-like creature whose young are evil spawn. Now, as the Elder Gods are about to transfer their power to the Younger Gods, the Vlagh plans to take advantage of their weakened state and neutralize them, eventually conquering the world. To do so, it is breeding a terrible force borne of monsters and demons. But one ray of hope shines through the darkness: four children called the Dreamers. They alone hold the power to change the course of history . . . and stop the Vlagh in its quest for total world domination.