The Edge of You 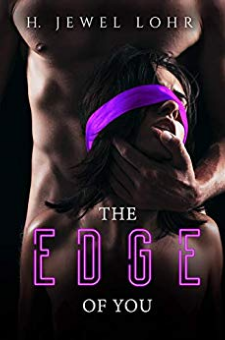 I’m going to test all of your limits, but only if you let me…CARLY Bloom has no time for a love life. As a medical resident of one of the nation’s top neurosurgeons, she barely has time to sleep. Between his painful lack of a filter and his overly critical nature, she finds it difficult to even think straight in his presence. Or that might be due to his distracting, cut-steel jawline and insanely broad shoulders... she still isn’t sure. The one thing she does know for sure is that he’s off limits, despite how many times in a day she daydreams about him striking her exposed derriére with a riding crop.PIERCE Anderson can’t afford a distraction. He didn’t get to where he is at not even forty yet by letting every hot piece of tail he meets steer him off course. If he did have time for one, though, his recently-appointed resident transfer, Carly Bloom, would be his ideal and then some. Beautiful, brilliant, and complete with a ‘don’t take sh*t from anyone’ attitude, he’d be lying if he said he didn’t regularly fantasize about what her tempting frame would look like bound to his bed. She’s almost irresistible. Almost.Then, one night, everything changes. After running into each other at Baltimore’s only BDSM club, Power Play, Pierce and Carly surrender to their burning curiosities and agree to run a scene with each other. Just one. That’s it. However, one scene quickly leads to another, and soon they find themselves playing a game in which neither of them is sure of the outcome…This is a full-length, 70,000 word novel. No cheating. No cliffhanger. Warning: This book is for mature readers only, 18+. Contains several (very detailed) BDSM scenes that include, but aren’t limited to, spanking, flogging, bondage, degradation, humiliation, etc. If any of these are triggers for you, I wouldn’t recommend. Otherwise, enjoy! ;)