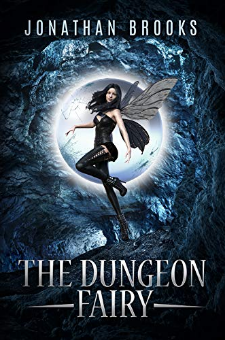 All that Tacca GloomLily ever wanted to be since she was very little was a Fairy Assistant to a Dungeon Core. After her negatively portentous birth, however, she was never fully accepted by her superstitious peers and instructors at the Dungeon Assistant Preparatory School; nevertheless, she persisted in her studies and graduated at the top of her class.

Unfortunately for her, the “hands-on” training she was supposed to receive from a Mentor and his Bonded Dungeon Core didn’t go the way she would’ve hoped. In fact, the stigma attached to her origins finally made itself known in the form of horrendously “bad luck”; the rotten part of her newly discovered luck was that it adversely affected Cores that she happened to be near, and not just herself.

What can a Dungeon Assistant Fairy do when every Dungeon Core she gets near ends up being destroyed? Tacca had no idea, but a solution eventually presents itself – though it’s one that she never saw coming…