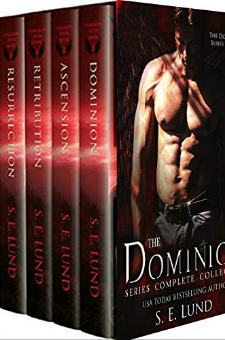 All Eve Hayden knew from the time she was a child was that she was meant to kill vampires. Then, before she could be formally trained, her vampire hunter mother was murdered and her father went insane. Abandoned at eleven, Eve was shoved into an abusive foster home and was never taught about her talents with swords or fighting the monsters who took her mother's life. She's on her own with only her mother's old files to guide her. Before she can even start to read them, she's caught up in the world of vampires and angels -- a world that is both deadly and seductive -- and in which she must try to survive. When she goes in search of a translator for an ancient French manuscript found in her mother's archives, Eve meets 800-year old Michel de Cernay, ex-priest and vampire-hunting vampire, who agrees to teach her, inducting her into the secret world of vampire hunters and their mission to prevent vampire rule. Eve can't resist the beautiful Michel, but then she meets his identical twin vampire brother Julien. Brash, impetuous, and Michel's temperamental opposite, Julien is a former knight and current vampire hunter working to police the Treaty of Clairveaux meant to keep vampires and humans from killing each other off. Both brothers want her as their own and they begin a battle for her affections that threatens to break their brotherhood and Eve's heart in the process.Torn between the two brothers, Eve doesn't know which of the two brothers to trust -- or love -- while she searches for the truth about her mother's death, her own birth and the fight to prevent vampire rule.The Dominion Series Complete Collection follows Eve Hayden and the two enigmatic twin vampire brothers as they fight Dominion and includes all five books in the series.