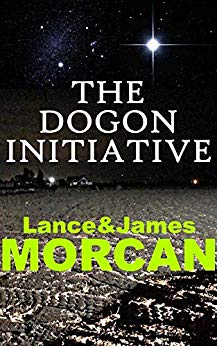 A group of foreign mercenaries hired as deniable assets by a newly-formed humanitarian division of the CIA is tasked with saving Mali’s persecuted Dogon people from genocide. The operation must be carried out in stealth while journeying across some of West Africa’s most hostile terrain. As if all that’s not enough, they are also instructed to help solve an ancient astronomical mystery linked to the pyramids of Egypt.Mission impossible? Duh!Nicknamed the Deniables because their existence isn’t officially acknowledged by the CIA, the mercenaries are crazy enough to accept the mission anyway. However, they soon find themselves fighting for their lives when they get caught in the middle of warring ethnic factions in Mali. Their only way to survive is to join with the Dogon in a race against the clock. The stakes are so high that not only could an entire indigenous group be wiped off the face of the Earth, but all evidence that supports advanced ancient technology theories surrounding the Dogon and a lost civilization thesis may be destroyed in the process.Inspired by a true-life mystery of astronomy, THE DOGON INITIATIVE highlights some of the many myths and theories surrounding the fascinating Dogon people of Mali. In particular, their unexplained knowledge of the invisible-to-the-eye Sirius B white dwarf star, the rings of Saturn and other heavenly bodies, and their rumored ancestral relationship to ancient Egyptians.THE DOGON INITIATIVE is the ninth novel by father-and-son writing team Lance and James Morcan. Their previous works of fiction include the bestselling historical epics White Spirit and Into the Americas, as well as their modern thrillers Silent Fear and The Orphan Trilogy.