The Defender of Rebel Falls 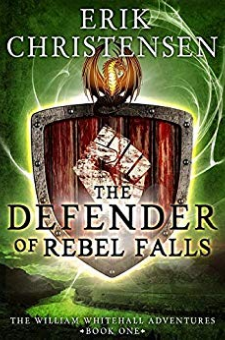 No one told him there would be dragons—especially alien dragons.William’s dreams of adventure are crushed when he’s assigned to a boring library job. Instead of protecting the innocent and seeking glory as a member of the heroic Guard, he spends his days writing reports by candle light. At just seventeen, his life may as well be over.A powerful nobleman takes an interest in William’s reports and announces an important mission that will decide the fate of the town. To his surprise, William is chosen to lead that mission.He is tested in every way imaginable, from surviving in the wilderness to defending himself and his team against bandits. Nothing, however, could prepare him for the shock of being captured by a colony of elusive but powerful dragons—creatures that had only existed in legend. After brokering an uneasy truce, William is released with news that could benefit not just the town, but all humanity.But the danger that awaits him on the trip home is greater than any he has faced before. Now William must make an impossible choice: save himself, or save the kingdom.