The Day That Never Comes 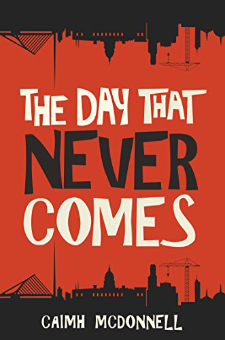 Remember those people that destroyed the economy and then cruised off on their yachts? Well guess what – someone is killing them.Dublin is in the middle of a heat wave and tempers are running high. The Celtic Tiger is well and truly dead, activists have taken over the headquarters of a failed bank, the trial of three unscrupulous property developers teeters on the brink of collapse, and in the midst of all this, along comes a mysterious organisation hell-bent on exacting bloody vengeance in the name of the little guy. Paul Mulchrone doesn’t care about any of this; he has problems of his own. His newly established detective agency is about to be DOA. One of his partners won’t talk to him for very good reasons and the other has seemingly disappeared off the face of the earth for no reason at all. Can he hold it together long enough to figure out what Bunny McGarry’s colourful past has to do with his present absence? When the law and justice no longer mean the same thing, on which side will you stand? The Day That Never Comes is the second book in Caimh McDonnell’s Dublin Trilogy, which melds fast-paced action with a distinctly Irish acerbic wit.