The Cross of Sins 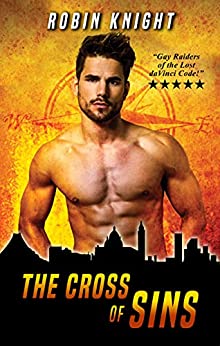 Get ready for an action-packed adventure across the globe in search of ancient treasures in the original "Gay Raiders of the Lost DaVinci Code! 5 Stars!"

Somewhere in the world is a statue so sinful that a secret sect of the Church wants it destroyed at any cost. Somewhere in the Turkish desert, in the streets of London, and in the depths of Venice, are the clues to find it. And, somewhere in the hearts of five sexy, daring, thrill-seeking gay men, is the courage and die-hard determination to unravel one of the greatest mysteries of all time. Meet Luca da Roma, an Italian model and expert in art, both ancient and modern; Dr. Eden Santiago, Brazilian biologist, physician and genetic engineer; Shane Houston, a Texas cowboy and an expert in cartography; Will Hunter, a San Diego college student and football star, majoring in ancient history; and Shane Stone, an adventurer-for-hire from New York and the newest member of Professor Fathom's team of hot gay adventure seekers.

The Cross of Sins is the first book in the best-selling Fathom's Five gay adventure series. It is a 75k-word roller coaster ride filled with mysteries to unravel, treasures to find, villains to outsmart and five hot hunky heroes who always get their men in the end! It is recommended to read the Fathom's Five series in order to fully appreciate the sequence of events.