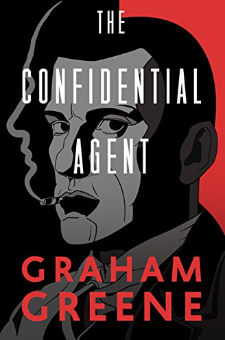 In Greene’s “magnificent tour-de-force among tales of international intrigue,” rival agents engage in a deadly game of cat and mouse in prewar England (The New York Times).   D., a widowed professor of Romance literature, has arrived in Dover on a peaceful yet important mission. He’s to negotiate a contract to buy coal for his country, one torn by civil war. With it, there’s a chance to defeat fascist influences. Without it, the loyalists will fail. When D. strikes up a romantic acquaintance with the estranged but solicitous daughter of a powerful coal-mining magnate, everything appears to be in his favor—if not for a counteragent who has come to England with the intent of sabotaging every move he makes. Accused of forgery and theft, and roped into a charge of murder, D. becomes a hunted man, hemmed in at every turn by an ever-tightening net of intrigue and double cross, with no one left to trust but himself.   Written during the height of the Spanish Civil War, Graham Greene’s “exciting . . . kaleidoscopic affair” was the basis for the classic 1945 thriller starring Charles Boyer and Lauren Bacall (The Sunday Times).