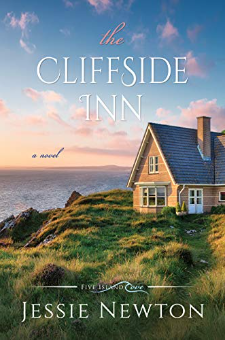 Spend another month in Five Island Cove and experience an amazing adventure between five best friends, the challenges they face, the secrets threatening to come between them, and their undying support of each other.Eloise Hall has reached a turning point: she either wants to marry Aaron or break up. Her scientific mind gets clouded by her heart, and she decides to quit her job at Boston University and move back to Five Island Cove to fix up and open The Cliffside Inn, a building she purchased decades ago on the rocky cliffs of Sanctuary Island.She thinks that'll show Aaron she's ready to wear a diamond and say I-do.Robin and Alice are dealing with their teenage children who've started dating when Alice learns that her ex-husband has lost his high-paying job and is having financial problems. All of the payments she's been getting...won't be coming anymore. With her husband back from Alaska, Robin struggles to learn how to balance home and family with her full-time job as well as her friends. When she has to make a difficult choice between her husband and helping Eloise with the inn, Robin doesn't know which to support.AJ has met a great guy -- or so she says. She's been texting her friends about a man named Peterson, but when they're supposed to come to the cove to help Eloise with the inn, only AJ shows up.Kelli brings her son to the cove for another extended vacation after learning her husband has started another relationship in New Jersey. He's asked her to consider an open relationship where they stay married, and he can still see and date this other woman.With their different personalities and in their different states of mind, none of these best friends are prepared for the secret contained within the walls of The Cliffside Inn. They've survived tough situations before, but this might be the thing that tears them apart for good...