The Buccaneer and the Bluestocking 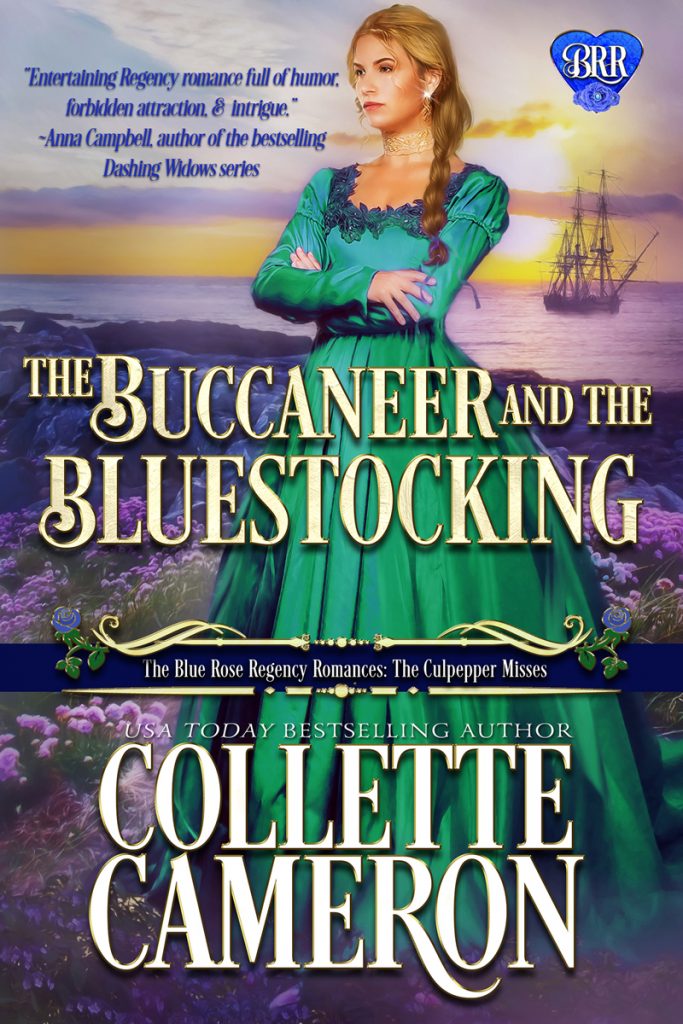 Can a sea captain overcome his tarnished past and forge a future with a gently-bred hellion?

Captain Oliver Whitehouse has two goals: make the final payment on his ship and exact revenge for his grandfather’s murder. He certainly shouldn’t interrupt years of planning to save a damsel in distress and see her safely to England. Nor should he foolishly entertain romantic notions about a future with the impulsive beauty that her guardian has warned him away from. Even if she is the loveliest creature he’s ever laid eyes on, and only she makes him forget his past.

Ward to a powerful earl, gentlewoman Blaike Culpepper once craved adventure and excitement. Until her impetuousness nearly caused her ruin. Now shadowed by scandal, and pursued by a madman, she finds herself obligated to the darkly handsome sea captain for rescuing her. A man she’s been attracted to since they first met at a ball and she’s now grown to love. Though Blaike saves the swashbuckling scoundrel’s life and they enjoyed a tantalizing kiss, the infuriating man won't pursue her.

Once Oliver returns Blaike safely to England, he must make an agonizing decision. Dare he risk everything to pursue her, despite the vast difference in their social stations? Or should he sail away, leaving his heart behind?