The Blood Is Still 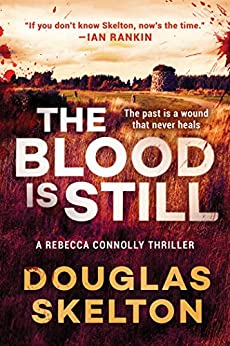 A riveting, immersive thriller from the author of Thunder Bay—"If you don't know Skelton, now's the time" (Ian Rankin).

When a man in eighteenth-century Highland dress is found dead on the site of the Battle of Culloden, where Bonnie Prince Charlie led his forces to a rout seared into Scottish memory, Rebecca Connolly takes up the case for the Chronicle. A controversial film about the rebellion and battle is being shot nearby, and it has drawn the ire of the right-wing nationalist movement Spirit of the Gael. Is there some link between the murder—the weapon used to impale the man leaves no doubt it was murder—and Spirit of the Gael or the shadowy militant group New Dawn, thought to be associated with them?

Meanwhile, in the working-class part of town, Rebecca's assignment to cover a protest against the placement of a convicted child molester into the community leads her to Mo Burke, the unlikely protest leader. Mo is a formidable woman, but she is also the matriarch of a known crime family and usually prefers to shun the spotlight. What has drawn her out? And what of her two grown sons, who share in the family business? The older one, Nolan, with Ben Affleck good looks, is clearly intrigued by Rebecca, as she is by him, despite her better instincts to steer clear of their dangerous, violent world.

And then another body is found, this one wearing the Redcoat uniform of the victorious British army.