The Big Roads: The Untold Story of the Engineers, Visionaries, and Trailblazers Who Created the Amer 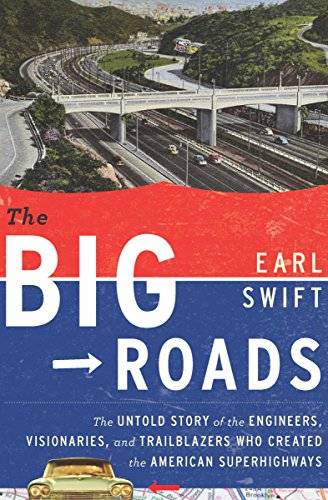 Discover the twists and turns of one of America's great infrastructure projects with this "engrossing history of the creation of the U.S. interstate system" (Los Angeles Times). It's become a part of the landscape that we take for granted, the site of rumbling eighteen-wheelers and roadside rest stops, a familiar route for commuters and vacationing families. But during the twentieth century, the interstate highway system dramatically changed the face of our nation. These interconnected roads -- over 47,000 miles of them -- are man-made wonders, economic pipelines, agents of sprawl, uniquely American symbols of escape and freedom, and an unrivaled public works accomplishment. Though officially named after President Dwight D. Eisenhower, this network of roadways has origins that reach all the way back to the World War I era, and The Big Roads -- "the first thorough history of the expressway system" (The Washington Post) -- tells the full story of how they came to be. From the speed demon who inspired a primitive web of dirt auto trails to the largely forgotten technocrats who planned the system years before Ike reached the White House to the city dwellers who resisted the concrete juggernaut when it bore down on their neighborhoods, this book reveals both the massive scale of this government engineering project, and the individual lives that have been transformed by it. A fast-paced history filled with fascinating detours, "the book is a road geek's treasure -- and everyone who travels the highways ought to know these stories" (Kirkus Reviews).