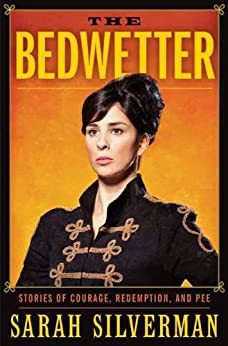 From the outrageously filthy and oddly innocent comedienne and star of the powerful 2015 film I Smile Back Sarah Silverman comes a memoir—her first book—that is at once shockingly personal, surprisingly poignant, and still pee-in-your-pants funny. In this collection of humorous essays, Sarah Silverman tells tales of growing up Jewish in New Hampshire, losing her virginity, learning to curse at 3 years old, and being a bedwetter until she was old enough to drive, and in a surprisingly poignant piece, she recounts the accidental death of her infant brother. Of course, in her loopy, taboo-breaking way, she always manages somehow to leave you laughing. But then you’d expect nothing less from a woman who sang to her boyfriend on national television that she was “F***ing Matt Damon.”If you like Sarah’s television show The Sarah Silverman Program, or memoirs such as Chelsea Handler’s Are You There Vodka? It’s Me Chelsea and Artie Lange’s Too Fat to Fish, you’ll love The Bedwetter.