The Baby Boom: How It Got That Way, And It Wasn't My Fault, And I'll Never Do It Again 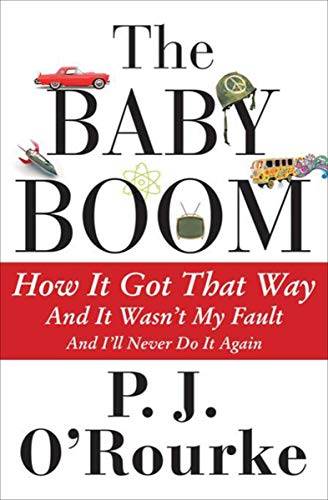 The New York Times-bestselling author looks at the sixties generation, and how he and his seventy-five million accomplices made America what it is today. A onetime editor-in-chief of National Lampoon who also spent years reporting for Rolling Stone and The Atlantic Monthly, P. J. O'Rourke is known as a conservative-minded political humorist and author of such bestsellers as Parliament of Whores. Not everyone knows that he was once a dedicated Marxist hippie type -- living up to every stereotype of his postwar generation. In this book, at once a social history and a personal memoir (albeit with some impaired memory involved), he explores, with both fiercely biting wit and fondness, the mess that the baby boomers made, and the impact they've had on our world. "Dry wit that makes every chapter a delight... As a cultural analyst, O'Rourke's ability and willingness to simultaneously lampoon and celebrate himself and his generation are unequaled." -- Publishers Weekly "A terrific American memoir, in tone a beguiling mix of Jean Shepherd and Animal House." -- Christopher Buckley, author of Boomsday "Simultaneously hilarious and brainy... holds a cracked magnifying glass up to the generation of Americans born between the end of World War II and the early 1960s. Sifting through demographic and economic data and combining the results with generous portions of personal memories, O'Rourke finds much to deplore in the boomer character, but even more to cherish and celebrate." -- Chicago Tribune "A comedic and caustic cautionary tale for future generations -- and, for those of us who are Boomers, a nostalgic and hilarious diversion." -- NPR