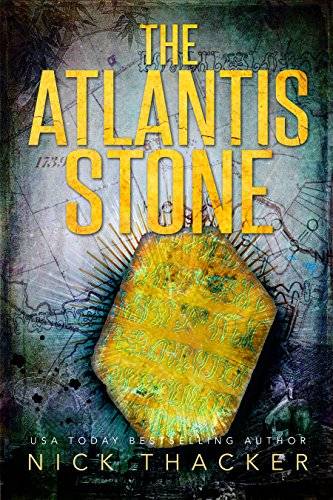 Want three free books? Just go to nickthacker.com/free-books and sign up! An ancient conspiracy. You know the legend... but do you know the truth? Ancient science, modern conspiracy, and nonstop action come together in this whirlwind debut novel. From USA Today bestselling author Nick Thacker, The Atlantis Stone is a perfect read for the armchair traveler! When a mysterious artifact is uncovered by a secretive organization, a feud is reignited between two men. Both entrepreneurs will do whatever it takes to gain possession of the material. In 1791, two men began planning the layout for the nation's capitol city. One is shunned and resigns in disgrace, and the other is all but forgotten. Years later, an original copy of the plans-long thought to have been destroyed- is found, with hastily marked notations by Thomas Jefferson and George Washington. During the second World War, American military scientists discover some fascinating properties of the hydrogen atom and its link to an ancient mystical number. The exact findings are never published, but a national laboratory is built in 1943 to further their research in covert silence. America is told it is a defense project, code-named 'The Manhattan Project.' An ego-maniacal entrepreneur and his company, Vilocorp, will stop at nothing to build the "perfect" human specimen. His firm's research has been getting closer every day, but they seem to have uncovered a horrific, ancient secret that has been locked away for thousands of years. Now, it's up to Bryce to understand the mystery surrounding the events and ancient symbolism before Vilocorp unleashes a hellish fury upon the earth; one that hasn't been seen for ages... The Atlantis Stone is a new twist on the age-old conspiracy. From the Pyramids of Giza to the mysterious idols at Easter Island, take a journey around the world with this nonstop, fast-paced action-adventure travel thriller. For fans of National Treasure, The Da Vinci Code, and James Rollins: pick up your copy and start reading today!