The Affairs of the Falcóns 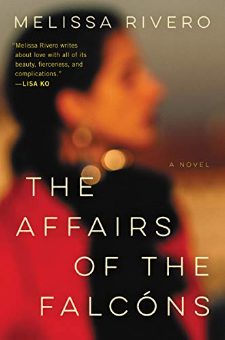 A Recommended Book of 2019 from:Southern Living * Buzzfeed * The Huffington Post * Bustle * Fierce * Hip Latina * Ms. Magazine * Alma * Library Journal * The Rumpus * The Millions * Refinery29 * Electric LiteratureA stunning debut novel about a young undocumented Peruvian woman fighting to keep her family afloat in New York CityAna Falcón, along with her husband Lucho and their two young children, has fled the economic and political strife of Peru for a chance at a new life in New York City in the 1990s. Being undocumented, however, has significantly curtailed the family’s opportunities: Ana is indebted to a loan shark who calls herself Mama, and is stretched thin by unceasing shifts at her factory job. To make matters worse, Ana must also battle both criticism from Lucho’s cousin—who has made it obvious the family is not welcome to stay in her spare room for much longer—and escalating and unwanted attention from Mama’s husband. As the pressure builds, Ana becomes increasingly desperate. While Lucho dreams of returning to Peru, Ana is deeply haunted by the demons she left behind and determined to persevere in this new country. But how many sacrifices is she willing to make before admitting defeat and returning to Peru? And what lines is she willing to cross in order to protect her family? The Affairs of the Falcóns is a beautiful, deeply urgent novel about the lengths one woman is willing to go to build a new life, and a vivid rendering of the American immigrant experience.