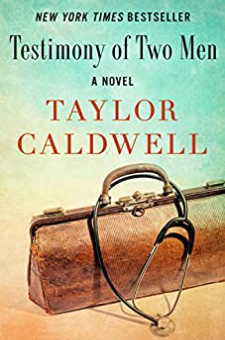 A small-town doctor acquitted of murdering his pregnant wife faces new charges in this New York Times bestseller set in the early days of modern medicine. Hambledon, Pennsylvania, is still reeling from the sensational murder trial that shattered the peace of the bucolic hamlet less than a year ago. Dr. Jonathan Ferrier was accused of killing his beautiful young wife after she died following a botched abortion. The scion of a powerful old eastern family, Jonathan hired the best attorneys money could buy. When he was acquitted, many believed he had bought his freedom. Now, he has returned home to sell his practice and move on. But haunted by his wife’s death, Jonathan still strives to heal the judgmental people of his divided town.   Robert Morgan, a young, idealistic doctor, is determined to make up his own mind about the accused’s innocence or guilt. Of one thing he is certain: Jonathan is a good doctor, perhaps even a great one. He is also a man who feels abandoned by God, his church, his family, and his friends. As Jonathan continues to be pilloried by the town, a new series of accusations are leveled at him. Is he a cold-blooded killer who murdered his wife and their unborn child? Or a man unjustly accused and wrongly maligned?  Testimony of Two Men explores the evolution of modern medicine and the tireless physicians who are its unsung heroes. Author Taylor Caldwell’s bestselling novel touches on faith, religion, and the then-new field of mental health as it tells a mesmerizing tale of desire, betrayal, and love that can destroy or redeem.