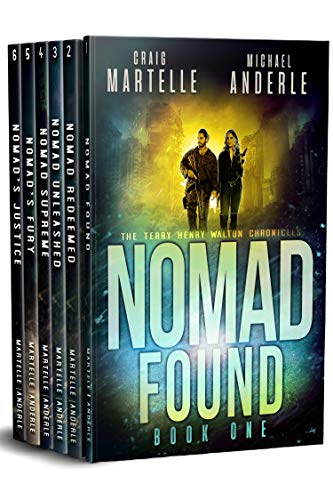 They say that behind every great man is a great woman...but what if that woman is a Werewolf?
This digital box set contains the first six books of the best-selling Terry Henry Walton Chronicles series from Craig Martelle and Michael Anderle.
Nomad Found
Can Terry Henry Walton help bring humanity back to civilization?
He finds that he needs help and starts building his Force de Guerre, a paramilitary group that will secure this new world from those who would take and destroy.
When the enemies of peace appear before the FDG is ready, Terry partners with a werewolf to fight a battle that he must win.