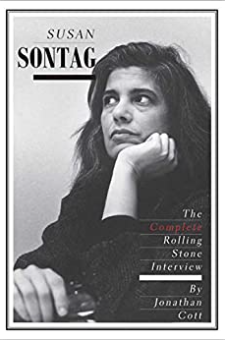 The candid and far-reaching interview with the public intellectual and author of Illness as Metaphor, conducted in 1978 Paris and New York. Over the summer and fall of 1978, Susan Sontag engaged in a series of deeply stimulating, provocative and intimate conversations with Jonathan Cott of Rolling Stone magazine. While the printed interview was extensive, it covered only a third of their twelve hours of discussion. Now, for the first time, the entire transcript of Sontag’s remarkable conversation is available in book form, accompanied by Cott’s preface and recollections.An acclaimed author of novels and essays, a renowned cultural critic and radical anti-war activist, Sontag was at the height of her powers in the late 1970s. Her musings and observations in this interview reveal the breadth and depth of her critical intelligence and curiosities at the time. These hours of conversation offer a revelatory and indispensable look at the self-described "besotted aesthete" and "obsessed moralist."